As long as stop signal has been pressed ,it shall allow the 7 bar control air to pass through and depress the puncture valve and their by not allow the fuel to be admitted to the fuel pump.

As soon as the starting handle is moved,the start micro switch will be pressed and stop signal will be over which allows the passage of 7 bar control air through it.If no interlock has operated then it shall allow further passage of the air .Now if the reversing is completed then it shall allow the air to pass through to the air cylinder which shall operate and open the auto start valve on the main air manifold,now the starting air (30 bar) shall go to the distributor and shall convey the 30 bar pilot air to the unit which is in the starting position to start the engine.

Once the engine has started we shall further press the starting handle to the run position and the start signal finishes.The run micro switch being of varying type ,more the handle is turned ,more the switch would be compressed and the output of it shall vary accordingly . The varying signal control the 7 bar control air output that is fed to the governor to increase the fuel proportionately.

The engine has stopped in the Astern position and we shall want to move in ahead position, so we will put the AHD/AST Lever to the ahead position , allowing the 7 bar control air to pass through (the pressed AHD micro switch ) and go to 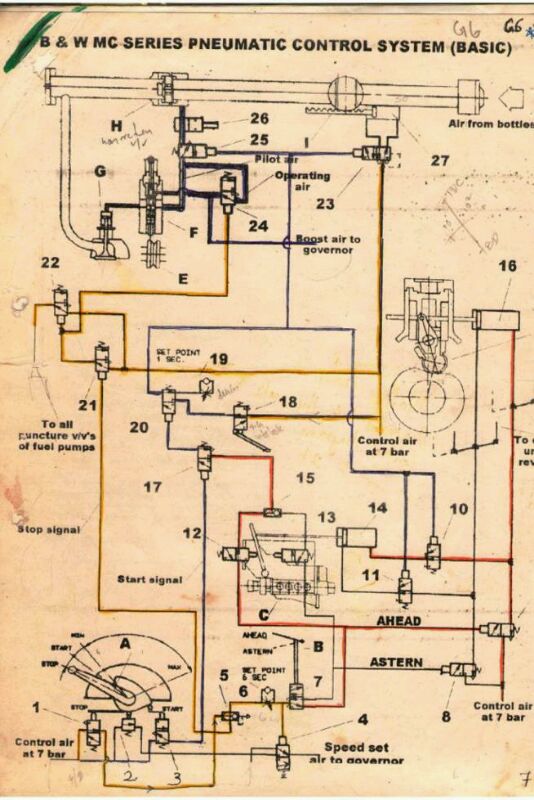